You may have recently watched the brilliant film “Pantani: The Accidental Death of a Cyclist”. Well before the film was launched Barry and I had chatted about the amazing saddle designs Selle Italia produced to celebrate his victories. 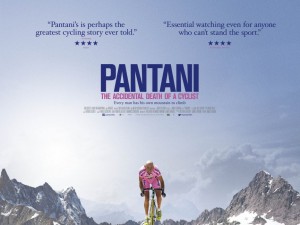 Pantani: The Accidental Death of a Cyclist 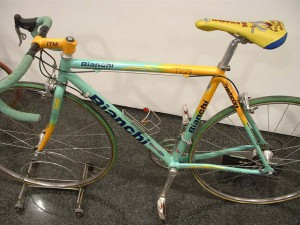 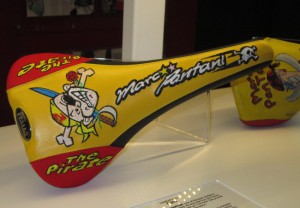 Selle Italia also produced some other embroidered saddles for Colnago and Pinarello. 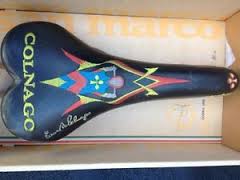 I also found this Mario Cipollini “The King Lion” special edition and a Tinker Juarez saddle, they clearly liked yellow as a base. 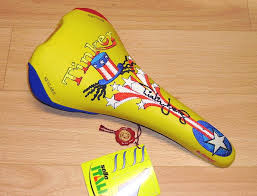 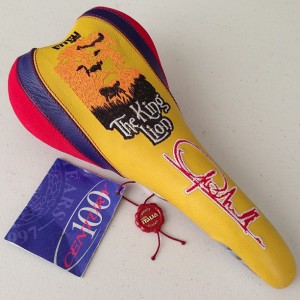 What do you think the pro rider of today would like?